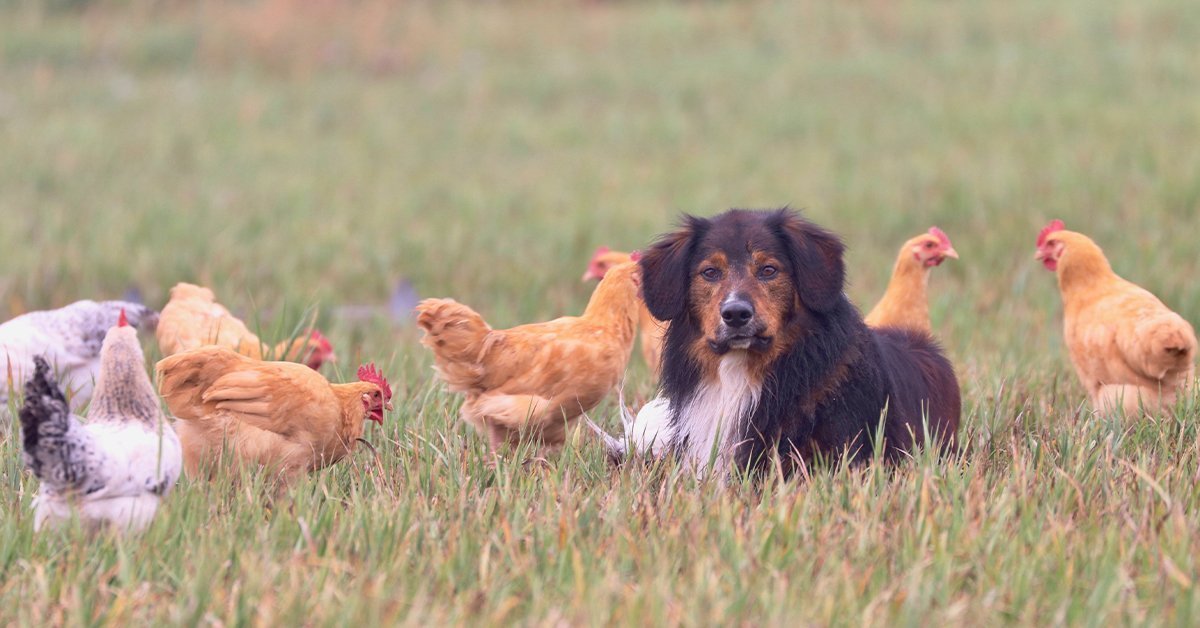 When most people think of dogs and chickens being around each other, the first things that comes to mind are images of terrorized chickens and a flurry of teeth and claws chasing them. However, this isn’t always the case. Dogs can be amazingly dutiful protectors to your poultry flock. In many cases, they have no problem living in harmony with one another with proper socialization and training.

Dog breeds known as Livestock Guardian Dogs have been bred for centuries for the main purpose of protecting and caring for various livestock animals.

Some people may ask why they should have a Livestock Guardian Dog around to guard their chickens, and there are many answers to this question. However, the biggest reason is to keep your chickens safe from predators, a job they do even better than a rooster. Keep reading to learn five reasons why having a livestock guardian dog around will keep your flock safe from predators.

What Are Livestock Guardian Dogs?

Livestock Guardian Dogs, commonly called LGDs, are dogs bred to protect livestock animals such as sheep or chickens. It’s a job they don’t take for granted.

LGDs are some of the most ancient dog breeds alive, with some having roots dating back to the Bronze Age. They are phenomenal at not only reducing the amounts of attacks on livestock animals but deterring attacks before they even occur. Some are also advent herders who ensure that your chickens stay where they’re supposed to be.

Now that you have a loose idea of what LGDs are, here are five reasons they are amazing at keeping predators away:

One of the most renowned reasons why you should have a dog around to better protect your flock is their ability to provide 24/7 protection-or close to it! As a human, it is impossible to be able to keep an eye on your flock at every hour of the day. Whether you have to leave to run an errand or sleep at night, you simply can’t be around them at all hours of the day. Because of this, it’s easier for a predator to find opportunities to attack and make away with members of your flock. However, dogs will be there to protect your flock even when you aren’t there. No matter if it’s rain or shine or the middle of the night. They are trained to basically live by your chicken’s sides, giving predators a harder time finding opportunities to strike!

#2. They Scent Mark Their Territory

In the animal world, scent marking is how things are claimed. Therefore, an unmarked or unscented slot of land, aka your backyard housing your chickens, is considered fair game for predators looking for a meal. However, once you bring a dog into the equation, an animal who will mark land for territorialism, the land housing your chickens will be marked as theirs. The scent of a dog will disturb and drive away most predators.

Most animals will likely wish to avoid any altercation with your dog off of scent alone and will look for other food sources elsewhere. With a dog around, they will be able to keep threats away in close proximity and at a distance. Now you have a pet who can keep animals away with a method that doesn’t require a physical meeting!

#3. They Can Be Big Enough to Not Only Deter Threats, But Fight Them Off

When it comes to providing your chickens with protection from predators, it’s nice to have something that can deter those threats from making a move. However, sometimes deterring a predator just isn’t enough.

In many cases against predators, such as coyotes, bears, and wolves, deterring isn’t sufficient since these larger animals are more prone to attack. Therefore, you’ll need a protector with a bit more brawn to handle them. In these cases, having a dog breed that’s large in size, such as a Kangal or Great Pyrenees, is going to benefit you a lot. These dogs have been bred to fight off animals and will do just that against some of the most threatening foes. They will put their lives on the line to get the job done.

See also  How to Feed and Care for Guinea Pigs

#4. They Protect Chickens from Wandering Off Too Far

There are some dog breeds that were bred to not only protect their chicken flocks but herd them as well. Some of the best dog breeds for this job would be the Australian Shepherd, Great Pyrenees, and Border Collie. Dogs that have a strong instinct to herd make sure that their chickens don’t walk off too far away from their coop. A move that could end up with them either getting lost, injured, or eaten.

#5. Their Range of Protection is Large

Some people like to have roosters to protect their hens from threats, and while they may be able to deter smaller threats, their small range of protection and small size, they aren’t able to do much. On the other hand, dogs are bigger in size and can run fast and patrol a bigger range and area of land. A dog’s range of protection doesn’t have to end at the coop. Instead, it can extend beyond that area, giving them a wider range to mark as their territory. This will put more space between your chickens and potential threats and allow them to chase away threats more efficiently.

Dogs and chickens are the most unlikely duo you’d ever think of. However, they can actually thrive quite well together. Many dog breeds have been bred over the centuries to herd and protect their small poultry neighbors. There are many reasons why they are the best options for defending your flock. However, some of the most abundant reasons are:

If you have a flock of chickens that need protection, give Livestock Guardians Dogs a chance. They won’t disappoint! 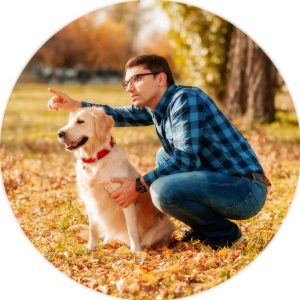 Robert is a professional dog trainer and has been training working dogs and family pets for over two decades. He is a graduate in Animal Welfare and member of the Association of Professional Dog Trainers.