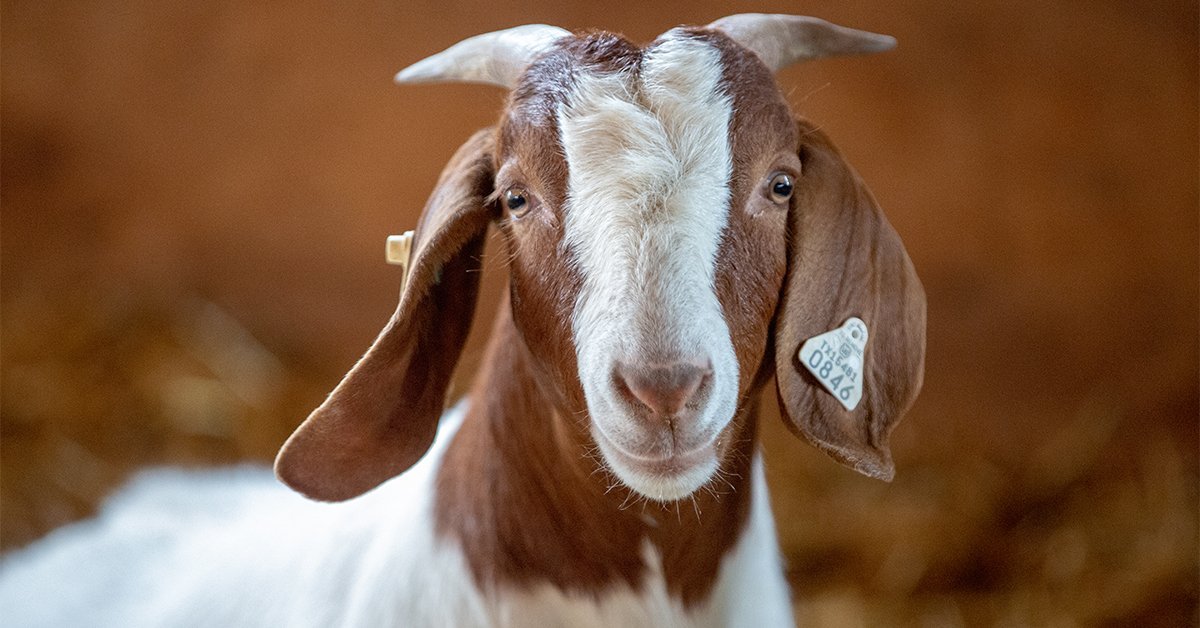 Hoof trimming – one of the least favorite jobs to successfully raising goats, but one that is necessary.  Without a doubt, hoof trimming is an acquired skill that takes quite a bit of practice to perfect. Hooves that are overgrown will turn under around the sides and grow out in front like elf shoes. A hoof that is trimmed properly looks boxy.

Importance of Trimming Your Goat’s Hooves

Properly-trimmed hooves allow the goat to move about freely.  Like a pair of poorly-fitting shoes, overgrown hooves can cause pain or over time may create some structural deformation.  Any time you observe a limping goat, catch the animal and inspect the offending hoof.  It may be a wedged stone or an injury that needs attention; but in any case, when the animal is restrained, that hoof should be trimmed (and while you are at it, trim the remaining 3 hooves also).  Note: a limping goat or one that drops to its front knees to eat, may also be displaying signs of a more serious health concern, namely foot abscess, foot scald or foot rot (a discussion of these ailments will be reserved for another time).

Tools You May Need

Hoof shears or hoof trimmers is the basic tool that you need.  A hoof pick and a carpenter’s plane might also come in handy.  You will also need a way to restrain the goat.  A milking stand or fitting stand is ideal.

There are many different brands of hoof trimmers on the market.  The key is to choose a thin-bladed trimmer.  One of the most popular is often referred to as the “orange-handled trimmers” for obvious reasons.  Various types of thin-bladed lawn trimmers/shears can be used also.

However, do not use curved blade pruning shears, as you will not have as much control as is needed.  Also, hoof-rot shears used for sheep are not recommended; their blades are too wide for neat, close trimming.

Notice the little growth lines that circle the outside of the hoof parallel with the coronary band (hair at the top of the hoof). This is the CORRECT ANGLE for the finished hoof.

How to Trim the Hooves

The toes of the hoof grow faster than the heel.  Novices tend to not remove enough of the toe in proportion to the heel and therefore change the angle of the hoof.  This will cause the foot to roll backwards, putting undue pressure on the pasterns. However, please note that the heel must be removed (unlike sheep where the heel is left intact).

Some folks like to use a carpenter’s plane to finish the job. Holding both toes together so they will come out level, plane off the entire bottom of the hoof, including the heel until it is level.

If the hoof was drastically overgrown, and you didn’t get it into the right shape the first time, it is better to come back to it later than to make the goat lame, or risk serious bleeding by cutting too much at one time.  Try again in another week or two.  Sometimes it takes several trimmings to correct a goat’s hooves.

Hooves need to be trimmed regularly (this includes the bucks).  If your goats have plenty of rocks or rough ground to walk on, they may get by with only 1 or 2 trimmings per year.  However, if goats are walking on grass or in confinement, their hooves may need to be trimmed 3-4 times per year.

See also  The Differences Between Medicated vs. Non-Medicated Chick Feed

Pay close attention to your goat’s feet.  Well-timed routine maintenance will prevent future problems. The success and overall appearance of your goat herd depends on it.